This site was concieved as a proof-of concept site to use LINQ (or Language INtegrated Query) for the entire data access tier. It uses LINQ to SQL to fetch records from a SQL Server 2005 database. It also uses LINQ to Objects to query in memory .Net collections like the listing of files in a directory. LINQ to XML is used to generate the RSS feed.

The core of the site was implemented in 2 hours, including learning RSS, importing a rss feed. Querying the resulting XML using LINQ to XML and inserting the new objects into a LINQ to SQL table. Before the end of the 2 hours, we could already display post items and serve up a new RSS feed by utilizing the power of VB 9.0 and XML Literals.

Look around the site and try it out. If you like what you see, you can download the sample project and watch webcasts discussing how the site was put together from our Files tab.

We would like to acknowledge the following resources that were used in making this system: 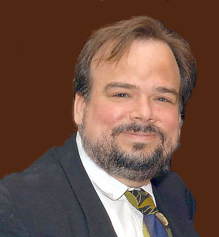 By day, Jim Wooley is a consultant for Slalom Consulting, In his free time, Jim is a frequent speaker, INETA Regional Speaker, MVP, and author of "LINQ in Action". He is always striving to stay at the forefront of technology and enjoys the thrill of a new challenge. He has been active evangelizing LINQ since it's announcement in 2005. In addition, he attempts to pass on the insights he has gained by being active in the community, including organizing and speaking at code camps and regional events, including DevLink, DevWeek, CodeMash, CodeStock, VS Live, and MIX.